The NFL season is rolling right along and hopefully you’re making some money. If you need help against the spread, with survivor picks or confidence pool picks you’ve come to the right place! Here’s a look at my Week 15 Office Pool Picks.

Play It Safe: Rams vs. NYJ
The Rams look like a Super Bowl contender and the Jets look like a lock for the No. 1 overall pick. If you have the Rams left, don’t get cute and pull the trigger here. I chose the Rams over the Steelers (at CIN) simply because their at home and in a non-rival matchup.

Out on a Limb: Titans vs. DET
With Matthew Stafford dinged up and the injuries piling up in Detroit in general this is a smash spot. I like the Titans not only to be a safe bet in Survivor, but to cover the 10 points they opened up with as the favorite.

THURSDAY NIGHT SPECIAL
You can get my complete “Against the Spread” plays to a separate article that will run each Saturday or Sunday morning this season. In its place here, I offer up a Thursday night betting recommendation. My starting Thursday night bankroll for the purposes of this article was $1000.

The line is 3.5 in some books, but down to 3 in others. If I was going to play it, I’d lean Raiders. That said, I feel a bit more confident about the over coming in. Neither defense has done much to worry me and barring some craziness I expect both teams to push well into the 20’s on the scoreboard. 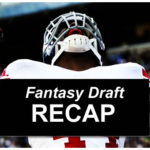