The Big Game is upon us. The event that more people watch, every year, than any other annually televised event. The Super Bowl is here!

The Los Angeles Rams, headlined by their young head coach and their franchise’s best offense, since the Greatest Show on Turf, take on the New England Patriots and the greatest head coach-quarterback duo that the game of football has ever seen. Bill Belichick and Tom Brady have been to nine Super Bowls, together, including the last three.

Love them or hate them, the Patriots have consistently been at the mountaintop of a NFL that puts a premium on parody. This year they face the Rams who, although they were headquartered in St. Louis at the time, were the team they began this dynasty against in 2002. Rich Eisen, of the NFL Network, said on the Dan Patrick show that since the NFL Network launched in 2003, half the Super Bowls they have covered have involved Belichick, Brady, and the Patriots.

Enter the youngest man to coach a Super Bowl team in Sean McVay (33). His aggressive style and cerebral strategies have the rest of the NFL rushing to find “the next Sean McVay” before he’s even finished his second year at the helm. After beginning their tenure in Los Angeles 4-12, the Rams brought in the wunderkind from the Redskins who immediately won AP NFL Coach of the Year in 2017. Reports are that he and Belichick have been texting pen pals, this season, so the coaching matchup should be fun to watch.

Let’s look at the facts. The Patriots opened as 2.5 point favorites with the over/under set at 58. The Rams boast the second-best overall offense in the NFL while the Patriots rank fifth. Meanwhile, defensively, Los Angeles ranked 19th while New England slid in at 21st. On paper, the over is tantalizing.

Where the intrigue will be is how the Rams attack the Patriots. In both their playoff wins, New England won time of possession by a substantial margin. They possessed the ball for 23 more minutes than the Chiefs and 17 minutes more than the Chargers. Los Angeles has the offensive line and the running backs to play a keep-away style of offense…but that would go against McVay’s base instinct of aggression. The Rams carried the ball 48 times (20 more times than passing) in their win over the Cowboys but just 26 times (15 times less than pass) in their win over the Saints.

Meanwhile, you’d be better served going to Vegas and putting all your money on black than predicting what Belichick will do to attack the Rams defense. In both playoff wins, the Patriots have employed a balanced attack of run and pass. Brady had 44 attempts against the Chargers and 46 against the Chiefs while the myriad of Patriot running backs touched the ball 34 and 48 times, respectively. Also, don’t forget the short passing game that they can use as their clock eating mechanism. Rest assured, Belichick will have multiple options to get All-Pro Rams defensive tackle, Aaron Donald, off his game.

This will be the first meeting between Belichick and McVay, with McVay as a head coach. The wunderkind faced the Patriots as the Redskins offensive coordinator, in 2015, and saw his offense stifled to 250 total yards and 10 points. Worth noting: these Rams have a bit more talent on offense than those Redskins.

When looking at predicting the game, the nuances, the intrigue, and all of the unknowns I would tend toward what is fact. Fact is, Belichick, Brady, and the Patriots are conditioned for this. At the beginning of each league year, I’d be surprised if the two of them don’t scout out hotels near that season’s Super Bowl site and book their rooms in July. New England has been such a stalwart at the Super Bowl that the rest of football fandom who don’t call themselves Patriot fans are bored. That tells me one thing: don’t bet on anyone facing them. I’m taking New England to beat LA 30-27.

Here’s hoping you eat copious amounts of food and thoroughly enjoy the game! 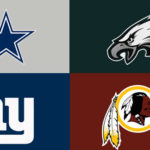