With training camp arriving, there are some great position backfield battles brewing for fantasy owners to keep their eyes on.

Here’s a look at the five that intrigue me most at this point of the summer:

It’s pretty clear how things will unfold in the Browns’ backfield the first eight weeks when Hunt is suspended, with Chubb likely offering RB1 fantasy production. However, after Week 10 it gets dicey. Much of it will be based off how productive Chubb is during his first eight games.

Hunt, however, is a dynamic player and it’s hard to imagine a scenario where he isn’t a factor and his fantasy ceiling over the second-half is sky high.

Johnson has asked to be traded most of the offseason and he’ll need a deal to happen to maintain any fantasy relevance once Hunt returns.

Both Chubb and Hunt can be solid contributors in 2019 in fantasy and reality. The deeper into Round 2 Chubb slips the more appealing he becomes. Hunt’s price is rising and may soon get to a point where the risks outweigh the upside.

The Patriots’ backfield has always led to fantasy headaches and it appears as if that trend will continue in 2019 after New England nabbed Harris in Round 3 of April’s draft.

Michel battled knee issues through portions of his rookie season, but was clutch in the team’s Super Bowl run with 71 carries for 336 yards and six touchdowns in three postseason contests. He reportedly had a knee scope and has been absent during early offseason workouts. If Michel is injured or misses time, Harris could get an opportunity to work his way into the mix.

White is locked in as the passing-down back and offers weekly flex value in PPR formats even if everyone is healthy.

Burkhead is a mostly change-of-pace option and is nothing more than a late-round dart throw best left for best ball formats.

Check out the latest from The GetSportsInfo Podcast…

Jordan Howard didn’t fit Matt Nagy’s system and was traded away this offseason. The team then drafted a running back that fits perfectly in Montgomery, who is coming off back-to-back seasons of tallying 1,400 total yards at Iowa State. Expect the rookie to dominate early-down work if things go as expected.

Davis was added during free agency to provide some backfield depth. The veteran’s value was on the rise prior to Montgomery landing with the Bears, but now he’s more of a nuisance for owners to deal with than he is an asset.

The team will continue to find unique ways to get the ball in Cohen’s hands. Few offensive skill players in the league offer his big-play ability.

Kyle Shannahan is hoping to find the magic out of his backfield he enjoyed during his Super Bowl run as the offensive coordinator with the Falcons in 2016. To help him to do so he brought one of his former backs to San Francisco, landing Coleman in free agency. During that season Coleman was R19 and teammate Devonta Freeman was RB6 (0.5 PRR).

Coleman rushed for a career high 167 attempts and 800 yards in the lead role last year in Atlanta before joining the 49ers. He’ll likely be the favorite for the early-down work, but will see stiff competition for carries from McKinnon and Breida. Breida seems like a more logical bet to battle for early-down work.

McKinnon has some upside in the system, but he’s coming off an ACL injury and may find it tough for touches. He looks like the most logical choice to be the primary passing-down back, but if things were to break right he could offer a very high ceiling.

The Buffalo backfield has three new faces this offseason with McCoy being the lone holdover. The 31-year old running back is coming off a season in which he produced the lowest fantasy output of his career. There has been speculation he could be a cap casualty.

Singletary is an upside play for the long-term, but even in redraft leagues he’s appealing. He scored 66 rushing touchdowns in three years at Florida Atlantic. If he flashes early, the Bills will not hesitate to turn to the future.

Gore and Yeldon both appear to be depth pieces for the Bills, but outside of the deepest formats can be ignored in fantasy. However, their presence does further complicate things for owners.

Here are some other battles of note to keep your eyes on and their current ADP’s: 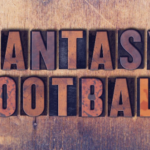