Fantasy seasons are in the back stretch and knowing who to start, and perhaps even more importantly, who to sit, is becoming more and more crucial each week. Many a playoff berths have been missed over the years as a result of late season roster oversights. Don’t let a late season roster blunder sink your 2019 playoff hopes.

Matt Brieda/Tevin Coleman, RBs, SF:
The 49ers running back committee is second in the NFL, averaging more than 180 yards per game on the ground and will be going up against a Cardinals defense which ranks in the bottom ten in both yards per game (130.1) and yards per carry (4.7). I expect the 49ers run game to be able to take advantage of the Cardinals on a short week, and assuming Brieda plays (currently questionable), both players are worthy of a start this week.

Darren Waller, TE, Oak:
Waller ranks third amongst tight ends in terms of yards, and seven games in, has 12 more catches, eight more yards and three times the touchdowns as Odell Beckham. This week, Waller and the Raiders will be going against the league’s worst pass defense in terms of yards per game (289.7), and a defense which has surrendered 14 passing touchdowns in just seven games.

Mike Evans, WR, TB:
Evans and his teammate, Chris Godwin, rank sixth and seventh respectively in terms of yards, and both are tied for the league lead with six receiving touchdowns. The reason I like Evans over Godwin this week against Seattle’s 26th ranked pass defense, is because over the last five games, Evans has two games of 190+ yards and two or more touchdowns. In the last two games, he has 29 targets, 20 receptions, 294 yards and two touchdowns.

Matthew Stafford, QB, Det:
Stafford is on this list for a second straight week because he is second in the NFL with 16 touchdown passes and is coming off a two week stretch which has seen him put up 706 yards and seven touchdowns. He will also be facing a Raiders pass defense which ranks 30th in the NFL in pass defense in terms of yards per game (285.3) and ranks 31st in terms of passing touchdowns surrendered (19).

Russell Wilson, QB, Sea
Like Stafford, Wilson finds himself here for a second straight week. Wilson is leading the NFL with 17 touchdown passes, is having an MVP caliber season, and will be facing a Buccaneers defense that has surrendered 14 touchdown passes in seven games and is ranked 31st in terms of passing yards per game (285.9).

Dalvin Cook, RB, Min:
A third duplicate from last week, the NFL’s leading rusher will get to go up against a bad Chiefs defense which ranks 30th in both yards per game (145) and yards per carry (4.9). Cook should find plenty of running room in Kansas City this weekend.

Lamar Jackson, QB, Bal:
This should be an interesting matchup. The Ravens lead the NFL with a staggering 204.1 rushing yards per game, 82.3 of which are coming from Jackson. But this Patriots defense has been historically good and one thing Bill Belichick excels at like no coach ever has, is his ability to take away your strength and make you beat him with your weakness. Belichick is going to make Jackson have to beat the Patriots through the air, and that leads right into the hands of the Patriots – literally and figuratively – as the Patriots lead the league with 19 interceptions. NINETEEN!

LeSean McCoy/Damien Williams, RBs, KC:
This is simply a weakness versus strength matchup. The Chiefs run offense ranks 26th, averaging just 83.0 yards per game, while the Vikings defense ranks in the top ten in both yards per game and yards per carry. I don’t like any Kansas City running backs this week.

Kyler Murray, QB, AZ:
Murray has had a decent rookie season, but he will be facing a great 49ers defense on a short week. The 49ers surrender a league low 128.7 passing yards per game, have 27 sacks in seven games and have given up just five passing touchdowns to ten interceptions. Throw in the fact that all the Cardinals running backs are injured or brand new, and Thursday will be a long day for Murray and the Cardinals.

Dwayne Haskins/Case Keenum, QBs, Was:
This is just a nightmare matchup for whichever quarterback plays. The Redskins will be on the road going up against a Bills pass defense which gives up just 194.4 yards per game (3rd) and will be forced to start a struggling journeyman coming off a concussion or a struggling rookie making his first start. No matter who starts at quarterback on the real football field this week, I wouldn’t start any Redskins quarterback (or players) this week.

Chris Carson, RB, Sea:
Carson is having a great year, ranked 5th in the NFL in rushing yards (659) and one off the pace for rushing touchdowns with five, but this week he will be facing the league’s top run defense in the Bucs. The Bucs are surrendering just 68.6 yards per game at a stingy clip of just 3.0 yards per carry.

Devin Singletary, RB, Buf:
Singletary is back, and despite only having 20 carries on the season, he has 172 yards, averaging an astounding 8.6 yards per carry. While I don’t expect him to keep up that 8+ yards per carry, he should find plenty of success against the Redskins 28th ranked run defense. Look for Singletary to have his first big game of 2019.

Derek Carr, QB, Oak:
Carr finds himself on the sleeper list for a second straight week because people are continuing to sleep on Carr and the solid season he is putting together. Through seven games, Carr has 11 touchdowns and over the last two games, he has thrown for 578 yards, five touchdowns and just one interception.

Le’Veon Bell, RB, NYJ:
Eventually, Bell is going to breakout….right? Well, if he is going to have a breakout game, this would be a good game to expect it to happen. The Dolphins have the league’s 31st ranked run defense, giving up 160.4 yards per game. This might just be the game which gets Bell back on track.

Josh Allen, QB, Buf:
Allen is by no means a great quarterback (fantasy or real life), but his running ability makes him a solid fantasy performer most weeks. Along with his 9 passing touchdowns and nearly 1,500 passing yards, Allen has 235 rushing yards and three rushing touchdowns. The Redskins 28th ranked run defense, which gives up 137.8 yards per game on the ground, could provide a lot of opportunities for Allen.

Hunter Renfrow, WR, Oak:
We are reaching deep with this one, but Renfrow has had at least one reception and three or more targets in all seven games this year and is coming off his best performance of his career – catching all four targets for 88 yards and a touchdown. With Darren Waller and Tyrell Williams garnering most of the attention in the passing game, and the need for the defense to lock in on Josh Jacobs, Renfrow could begin carving out a nice role for himself in the offense in the second half of the season. 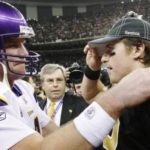