We’re down to the nitty-gritty, this week. All 32 teams are in action, once again, and most of you are playing your final regular season game, some even still fighting for playoff spots. Look no further than right here for all your really hard decisions in life, like which player to put in your flex position. We take on the tough issues around here.

Quarterback
Stud: Cam Newton – I waffled on this one, but only slightly. Cam has been his super self, this season, as he is a top five QB in Fantasy. He’s thrown multiple touchdowns in every game but the first and sports 18 career scores in 12 games against Tampa Bay. Cam has completed 64% of his passes against the Buccaneers, in his career, and even though Devin Funchess may miss this one, DJ Moore is killing it, Greg Olsen is healthy, and CMC is one of the league’s best backs, period.

Dud: Baker Mayfield – Pump the breaks on the rookie, everyone. He shredded a porous Cincinnati defense, last week, but watch out. Houston has a strong defense that has allowed just 20 fantasy points per game to opposing QBs. Also, they have a vaunted pass rush led by JJ Watt and Jadeveon Clowney that ranks third in the NFL with 37 sacks. He’s been on a tear since Hue Jackson got let go (2nd in passer rating to only Drew Brees) but an adjustment comes, this week, against a motivated Texans side who sees a first-round bye as a real possibility.

Sleeper: Case Keenum – Need a waiver-wire QB? Look no further than the man playing against the Bengals. I mentioned, in last week’s Studs, Duds, and Sleepers, that the Bengals aren’t real good at stopping anyone. Sure enough, Baker Mayfield picked em apart and could have tossed 5 scores, if they didn’t scale back their offense in the second half. The Broncos will open up the passing game with a dominant rushing attack (more on that in a second) which will get Emmanuel Sanders plenty of space to work in the secondary. Case will provide a cheap 20-25 points for you in Week 13.

Running Back
Stud: Phillip Lindsay – Chances are, he is long past available in your league, and for good reason, but maybe you are waffling between Lindsay and LeSean McCoy? Put Lindsay in and count the points as they come in piles, this Sunday. The Bengals defense has given up an average of 38.3 points per game to running backs. Meanwhile, Lindsay has scored over 10 points in all but one game. He’s scored 12 points or more a whopping eight times, thus far. He was an undrafted rookie free agent who no one in the fantasy football world was talking about in August. Chances are, if you’ve played him most, or all, of this year then you are contending for your leagues championship. Start him again, this week.

Dud: James White – The receiving-first back will see his workload cut short with the return of Rex Burkhead. In fact, with Burkhead back, I would be a little Leary of any Patriot running back until we know how the workload will be divvied up. With Burkhead’s return, that may mean Cordarelle Patterson is taken out of the rotation…then again, Belicheck seems to relish his unknown running backs. Regardless, too many mouthes to feed in this backfield to put your playoff hopes in one of them.

Sleeper: Theo Riddick – He should be widely available, in standard-sized leagues, and he’s going up against a Rams defense that, surprisingly, allows the seventh-most fantasy points to running backs. Add in the supposed absence of Kerryon Johnson, and Riddick has everything James White doesn’t, in form of opportunity. He’s averaging just a hair over 10 points per game, in his last four, and will probably see more snaps than Legarrette Blount. If you’re hurting for a running back or a flex player, then you will be happy with the points Riddick will produce on Sunday.

Wide Receiver
Stud: Robert Woods – What’s most likely to happen? Darius Slay covers Brandin Cooks. So that leaves…who, to cover Woods? Now, that’s not to say the Lions don’t make an adjustment and switch Slay, but there is no one else on that defense that should worry Rams receivers. Since week one, Woods has caught four or more passes in every game and gained at least 70 yards. Aside from your typical studs like Julio Jones, Tyreek Hill, and the like, Woods will have a nice week against Detroit.

Dud: T. Y. Hilton – Two words, Jalen Ramsey. You may like him, or you may not, but you cannot deny he will be following Hilton, like a hawk. The Jaguars are allowing the least amount of fantasy points to opposing wide receivers and, now, the Colts will be without Jack Doyle, a key target for Andrew Luck. This looks more like an Eric Ebron day than any of the wideouts and look for Frank Reich to have passing plays set up with Nyheim Hines. Hilton may struggle to put up points in this one.

Sleeper: Larry Fitzgerald – Strange to see his name in this column, but that is where the Cardinals offense has taken us, in 2018. The future Hall of Famer struggled to begin the season as the Cardinals struggled to figure out their offensive identity. After five-straight weeks of scoring less than 10 points per game, he has five-straight games of 10 or more with five TDs, in that span. Green Bay is giving up the second-most points to wide receivers and Byron Leftwich has Arizona’s offense working like a well-oiled machine.

Tight End
Stud: Eric Ebron – Tight end has been such a week position in fantasy football, this year, so you’ve probably been searching every week for a suitable starter. If you have Ebron, though, you probably have felt ok. Now, with the injury to Doyle, he’s the main man and, surprisingly, Jacksonville allows 20 points per game, on average, to opposing tight ends. There are just three games, this season, in which Ebron hasn’t scored a TD. He’s the man, in week 13.

Dud: Vance McDonald – He’s got three TDs, all year, and four games of double-digit fantasy production. The Chargers are allowing 9.6 fantasy points per game to opposing tight ends. There are better options out there, everywhere, for your tight end spot, in week 13.

Sleeper: Chris Herndon – The Jets’ tight end delivered another decent performance a week ago as he pulled in seven of his eight targets for 57 yards. He’s now eclipsed double-digit PPR points in four of his last six outings. The matchup is neutral this week, but the volume has been there so he’s worth a look if you’re scrambling for an option at the position.

Defense
Stud: Denver – As a Bengals fan, this sucks. I am hoping that there is some Favre-ian story for Jeff Driskel…but probably not. The Broncos forced turnovers, when they needed to, against the Steelers last week and Von Miller and company seemed poised to stifle anything Bill Lazor will try to put on into motion on the field.

Dud: Los Angeles Rams – Pop quiz, which team is in the top-10 of fantasy points allowed to opposing QBs, RBs, WRs, and TEs? Answer: the Rams. In fact, the Rams have allowed the most fantasy points to opposing QBs and WRs. Sure, they’re playing a Lions team that isn’t super inspiring on offense, but I could see the Lions putting up 24-ish points in this one.

Sleeper: Minnesota – Aren’t they playing the Patriots? Why would I want to play a team who is facing Brady and Belichick? The Vikings are ranked in the top-10 in least fantasy points allowed to all point-producing positions. Mike Zimmer’s defense will be prepared for the Pats.

*Have fantasy questions? Hit me up on Twitter @jeffcarr and check out my Queen City sports blog Sportsinnati.com. 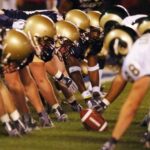 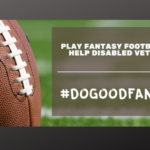