This week’s Stud, Dud and Sleepers features some interesting names to say the least. Check it out before making final decision on those Week 10 fantasy football lineups.

QUARTERBACKS
Stud: Jared Goff – Goff is fresh off of a four touchdown performance last week. He should post high numbers again this week with a matchup against the Texans. Houston is giving up 243 passing yards and 26 points per game.

Dud: Kirk Cousins – Cousins has had two bad fantasy performances in a row and it probably won’t get better this week. The Vikings have held opposing quarterbacks to the fifth fewest fantasy points this season. The Redskins’ offensive line is banged up. Cousins is a bad play in all formats this week and nothing more than a WR2.

Sleeper: Josh McCown – McCown has been solid this season and is averaging two touchdown passes per game in his last five games. He has a great matchup against one of the NFL’s worst defenses. The Buccaneers are giving up 272 passing yards per game. McCown is a nice streaming option this week.

RUNNING BACKS
Stud: Jordan Howard – Howard has had at least 18 rushing attempts since Week 3. He has a great matchup against the Packers this week who are allowing the 12th most fantasy points to opposing running backs this season. Howard has rushed for over 100 yards in two out of his last three games. He has a good shot to do that again this Sunday against the Packers.

Dud: Ameer Abdullah – The Browns haven’t been good at much, but they have held opposing running backs in check this season. They’re holding running backs to just 2.9 yards per carry. Abdullah has struggled for most of the season and isn’t worth putting in your lineup this week.

Sleeper: Orleans Darkwa – Darkwa has a great matchup this week against the 49ers. San Francisco is allowing the most fantasy points to opposing running backs this season. Darkwa is averaging 4.95 yards-per-carry. He’s a solid RB2 this week and worth a look in daily leagues.

WIDE RECEIVER
Stud: A.J. Green – Green should have a huge game this week. The Bengals will lean on him in a must-win situation. The good news is the Titans defense is anything but scary. Tennessee has allowed stars like DeAndre Hopkins, Amari Cooper and Doug Baldwin to have big games against them. Green will likely do the same Sunday.

Dud: Will Fuller – Fuller looked like he was going to be a league-winner. His momentum came screeching to a halt when Deshaun Watson tore his ACL. Fuller could struggle this week in a matchup against the Rams and is nothing more than a touchdown dependent WR3 until further notice.

Sleeper: Jermaine Kearse – Kearse has a chance for a breakout game this week. He’s been held under 40 yards receiving in three straight matchups. That should change against the Buccaneers. Tampa Bay is allowing the second most fantasy points to opposing wide receivers this season.

TIGHT END
Stud: Cameron Brate – Brate is dealing with quarterback issues, but he should be able to put up good numbers this week against the Jets. New york has allowed six touchdowns to tight ends this season. Brate is a TE1 this week, even with Ryan Fitzpatrick at quarterback.

Dud: Charles Clay – Clay has a bad matchup against the Saints this week, but it would be hard to trust him if New Orleans wasn’t good at covering the tight end. Clay hasn’t played since Week 5 and there’s no reason to risk putting him in your lineup, even if he is active.

Sleeper: Kyle Rudolph – Rudolph has at least five receptions in his last four games. The Redskins have done a poor job at guarding tight ends this season. They’ve allowed at least 39 yards receiving to a tight end in every game they’ve played. Rudolph is a nice play this week and he gets a boost in PPR leagues.

DEFENSE/SPECIAL TEAMS
Stud: Detroit – The Lions are at home against a Browns team that’s allowed the third most fantasy points to opposing defenses this season.

Dud: Green Bay – The Packers have a great matchup on paper against a bad (news) Bears offense. The problem is they’ll likely be on the field a ton with Brett Hundley playing quarterback. Green Bay could struggle, even though they’re a popular pickup on the waiver wire.

Sleeper: New York – The Jets defense has a chance to put up solid numbers. Ryan Fitzpatrick tends to throw interceptions and if he does, the Jets should be in good shape. They’re a middle of the road streaming option for Week 10. 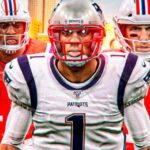