We are cruising right along with the 2021 NFL season! If you need help against the spread, with survivor picks or confidence pool picks you’ve come to the right place! Here’s a look at my Week 9 Office Pool Picks.

Play It Safe (7-1): Cowboys vs. DEN
Assuming you survived playing my “Play it Safe” selection of the Bengals a week ago, this week’s top play for me is the Cowboys. I’m banking on the return of Dak Prescott returning, but this is also a pick against the Broncos, that have looked terrible in recent weeks after a hot start to the season.

Out on a Limb (8-0): Ravens vs. MIN
After what they looked like the last time out, playing on the Ravens has to be considered a little risky, but I’m hoping for a bounce back. Minnesota lost to Cooper Rush a week ago, so look for Lamar Jackson to dominate this contest.

THURSDAY NIGHT SPECIAL
You can get my complete “Against the Spread” plays to a separate article that will run each Saturday or Sunday morning this season. However, we will kick things off weekly here with my Thursday night betting recommendation. My starting Thursday night bankroll for the purposes of this article is $1000.

I got lucky to get that over last week as Kyler Murray was picked off in the waning moments of the game as the Packers won in regulation. The under has been the play all season on Monday though and I expect to see this game to follow suit. Mike White looked like Brett Favre a week ago, but on the road in this one against a Colts’ team literally fighting for their season I don’t expect that trend to continue. 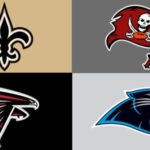