At the end of each fantasy season it is important to take note of both good and bad performances and identify some players who had a good outputs from the year and identify which of them still have a chance to take up a notch next season.

It is easy to lead on some of this year’s fantasy leaders, but what I am really interested in is figuring out which players could be among them in the near future. Here are some names to consider.

QB Kyler Murray, ARI
Murray was pretty hyped up entering his rookie campaign and delivered a decent ROI on his ADP by finishing as a QB7. However, as solid as that was there still is another level. A second year in the league and a second year of Kliff’s Kingsbury tutelage will help. If healthy expect upticks in both his impressive debut passing and rushing numbers. Consistency will be the key to his growth.

RB Devin Singletary, BUF
Singletary’s rookie breakout got slowed by a September hamstring injury, but once he finally got healthy it was like poetry in motion watching him with the ball in his hands. Frank Gore vultured his goal line looks, but his ability to catch the ball out of the backfield and his elusiveness as a runner are apparent. He finished among the top 5 in the league across all positions with 5.1 yards per carry and will see significantly more touches in 2020.

WR Michael Gallup, DAL
There are plenty of question marks heading in the Cowboys’ offseason, but one certainty is that they have a star on their hands in Gallup. Amari Cooper is a free agent and if he leaves, look for Gallup to immediately become the top dawg. He took a nice step forward during his second season as he pulled in 66 of his 113 targets for 1,1107 yards and six touchdowns. He hit double-digit PPR fantasy points in six of his last eight contests to close out 2019.

WR Deebo Samuel, SF
There were rookie wide receivers that put up better numbers than Samuel and others that could easily be on this list too. However, he’s the one I put here as I think he’ll be more down on the draft board than the likes of A.J. Brown and maybe even Terry McLaurin. No matter the case I’ve seen enough from him during his first year to view him as a solid backend top 20 WR with upside heading towards 2020.

TE Mike Gesicki, MIA
With his five touchdowns in the last six weeks of the season, Gesicki became a viable starting tight end at the season’s most important stretch and opened some eyes in the process. He’ll enter his third season as a top 10 option at the position if he can build upon this year’s impressive close to the year. 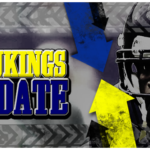 Fantasy 101: Could You Afford the Most Expensive Football Players?