It’s the final week of the regular season and our final edition of our weekly betting picks of 2018. Let’s finish strong in the finale! Here’s a look at my Week 17 Office Pool Picks.

Here are my Week 16 picks for all your favorite office pool formats – Confidence Pool, Survivor and Against the Spread:

Let me help you win this season, subscribe to The GetSportsInfo Podcast:

SURVIVOR PICK
Each week I’ll offer up my “playing it safe” and my “out on the limb” pick for your elimination pool:

Playing it safe – Seahawks
Seattle is locked in to either the No. 5 or 6 seed in the NFC and that could leave them playing some of their star players for just stretches over the game. Still, they’re at home and Seattle’s second stringers are still light years ahead of Arizona’s normal starters. Seattle wins big on Sunday!

Out on a limb – Bills
Neither Miami or Buffalo have much to play for, but I do like the way Buffalo has been playing of late. Anytime a Florida team heads this far north in late December I lean towards betting against him. With little to play for look for the Dolphins to fold in the cold.

Pick of the Week
Bills -5

*Your fantasy season doesn’t have to end just yet, play in the GSI PLAYOFF FANTASY CHALLENGE. 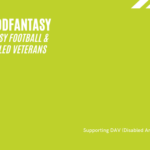