Week 5 means most fantasy football leagues are a third of the way through, and lineup mistakes become even more costly. With the Dolphins on bye this week, we had to find some other favorable matchups for you fantasy squad. Good luck in Week 5!

Ezekiel Elliott, RB, Dal:
Elliott and the entire Cowboys offense struggled on the road last week against the Saints, but the matchup this week is much more favorable. In Weeks 2 and 3, going against the 32nd and 29th ranked rush defenses (in terms of ypg), Elliott put up 111 and 125 yards respectively on 42 carries. While Green Bay’s run defense is slightly better than that of Washington and Miami in terms of ypg, they are actually worse in terms of ypc (5.0), where they rank 29th. The only top level back the Packers have seen this season is Dalvin Cook and he went for 154 yards on 20 carries in Green Bay. Expect a big game from Elliott this week when the Packers come to Jerry’s world.

Patriots Defense:
Through four weeks, the Patriots defense leads the league in interceptions (10) – double the five interceptions by the three teams tied for second. They are tied for the league lead with 18 sacks. They lead the league in opponents quarterback rating (41.0). They rank second in both passing ypg (181.8) and rushing ypg (61.3)…and have surrendered one touchdown. One. Sure, it helps that they have played the Dolphins, Jets and Bills, but they also played the Steelers with Ben Roethlisberger. Things don’t get any harder in Week 5 as the Patriots get a Redskins offense which ranks 28th and will be starting a veteran who got injured and benched last week (Case Keenum), a rookie making his first start (Dwayne Haskins), or a third string journeyman trying to come back from a broken leg (Colt McCoy). Translation? The Patriots defense should put up another monstrous day in fantasy.

Joe Mixon, RB, Cin
Last year’s AFC leading rusher is off to a miserable start in 2019. Mixon has zero rushing touchdowns and is averaging just 37.2 ypg and 3.2 ypc. That being said, for the most part, his lack of production has been more the result of a terrible offensive line and good defenses. Well, the Bengals finally get some relieve in the toughness of their opponent when they host the Cardinals and their 28th ranked rushing defense. Eventually Mixon will break out and this week looks like a good candidate for that breakout game.

David Johnson, RB, AZ:
Like Mixon, the back on the other sideline (Johnson), is also having a forgetful start to the 2019 season, but like his counterpart, should be licking his chops with this matchup as well. The Bengals come in with a run defense ranked just one spot ahead of the Cardinals (27th), giving up an uninspiring 143.0 ypg and five rushing touchdowns. I expect Mixon and Johnson to break out of their slumps this week.

Michael Thomas, WR, NO:
Thomas is having a good, but not great year thus far, and while some of that can be attributed to Teddy Bridgewater filling in for the injured Drew Brees, some of it is the result of simply playing some good defenses. ‘Good’ is not the way anyone would describe the Bucs defense which ranks 31st against pass, surrendering a whopping 318.3 ypg. Bridgewater is starting to settle in with the offense and I expect Thomas to have a breakout game this week.

Josh Jacobs, RB, Oak:
Jacobs is having a good season, coming in ranked 9th in rushing yards (307) and averaging 5.0 ypc, but the majority of those numbers were piled up in three of his four games facing less than stellar defenses. That can’t be said about this Bears defense which comes in ranked 3rd against the run, surrendering just 61.5 ypg. This could be a long week for Jacobs and all the Raiders.

Mason Rudolph, QB, Pit:
Rudolph had a solid game against the Bengals, but when you dig into his performance, you see 16 of his 24 completions were to his running backs. That may work against a bad Bengals defense. That won’t work against an angry Ravens defense. I expect Rudolph to take a big step back this week.

Derek Carr, QB, Oak:
Not only are the Bears ranked 3rd against the run, they also rank 3rd in sacks (17), so Carr and the Raiders passing attack is going to be under a lot of pressure this week. I don’t trust Carr against good teams, and if the Bears take away the run game – and I believe they will – Carr becomes even less attractive as a fantasy play.

Odell Beckham, Jr., WR, Cle:
Beckham is having a terrible first season in Cleveland. He had one good game – really one good play – against the Jets which accounted for 100% of his touchdowns, 52% of his yards and 29% of his receptions. Against teams not named the Jets, Beckham is averaging five receptions, 49 yards and zero touchdowns per game. Now he and the Browns travel to the west coast to play the 49ers and their 6th ranked pass defense, giving up just 208.3 passing ypg and notching 3 sacks per game. I expect a long day for Beckham and the Browns.

LeVeon Bell, RB, NYJ:
Bell ranks 22nd in ypg (54.3), 40th in ypc (2.9) and has zero rushing touchdowns on the season. Sure, he has played three good defenses and done so without Sam Darnold, but things won’t get any easier this week when the Jets go to Philly with their third string rookie quarterback to face the 4th best rush defense. The Eagles surrender just 62.0 ypg and I doubt Bell will find much success this week either.

Kyler Murray, QB, AZ:
Murray has not had a great rookie season thus far – not terrible either – but this could be his breakout game. As we mentioned above, the Bengals struggle against the run (27th), so Murray won’t be asked to carry the team this week. But, when he is asked to pass, the Bengals struggle against the pass as well, where they rank 30th in opposing quarterback rating (116.0) and struggle to get to the quarterback – just five sacks through four games. Murray should have plenty of time in the pocket this week and I expect this to be his breakout game.

Adam Thielen, WR, Min:
Speaking of terrible seasons, Thielen comes into Week 5 with just 13 receptions and 179 yards, ranking him 65th in the league. But it isn’t just on Thielen, Kirk Cousins has been brutal and Stefon Diggs is feeling it too, just 13 receptions for 209 yards. Eventually, Thielen and this Vikings passing attack is going to get back on track and what better time than against the Giants 25th ranked pass defense?

Andy Dalton, QB, Cin:
Some may be surprised to see four players from this terrible game on the list, but you shouldn’t be surprised at all. While this game may not be great football, it likely will be a high scoring affair with little defense, meaning lots of offense and lots of fantasy points. Dalton is coming off another terrible Prime Time performance, but with this game being at one o’clock and against the 23rd ranked pass defense, expect a good bounce back game from Dalton. Opposing quarterbacks have a 118.4 average quarterback rating against the Cardinals defense, second worst in the NFL. Despite his terrible game on Monday, Dalton still ranks sixth in the NFL in ypg, so he and the Bengals passing attack will put up numbers against this defense.

Rex Burkhead, RB, NE:
Trusting any New England running back is tough, especially one with a lingering foot issue like Burkhead, but one thing I am sure about, Bill Belichick and the Patriots are going to run, run and run some more against this porous Washington run defense. The Redskins are giving up 147.5 rushing ypg, 399.3 total ypg and 29.5 ppg. The question isn’t “will a Patriots back have a good game?” it is “which Patriots running back will have a good game?” Since Burkhead is the most versatile back and is second on the team in yards from scrimmage, I am going with Burkhead.

T.Y. Hilton, WR, Ind:
Hilton is another guy off to a terribly slow start in 2019, ranked 60th in the league with only 195 yards on 9.8 ypc. That being said, it isn’t because of a lack of opportunities. Hilton has been targeted 25 times in four games and pulled in 20 of those. Eventually, something will give and this matchup with the Chiefs is a good bet. The way the Chiefs put up points, the Colts are likely to be throwing a lot and they will get to do so against the league’s 30th ranked defense. If you have Hilton, he may finally cash in for you this week. 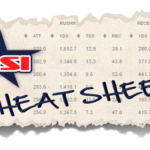 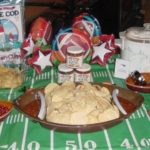 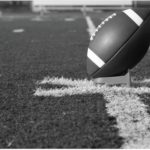