QB: Trey Lance (SF) at CHI: The hype train was rolling fast all August long with Lance in fantasy drafts and looks to pick up steam after his Week 1 matchup with the Bears. Chicago lost its best defensive player, Khalil Mack, in the offseason and are a team in full rebuild mode. In the three contests last year in which Lance played significant snaps he averaged 53.7 yards on the ground and eclipsed 22 fantasy points in two of three contests. That is his floor this week.

RB: James Conner (ARI) vs. KC: One of the highest totals of the week is tied to the Cardinals vs. Chiefs matchup. While plenty of attention will be put on the two quarterbacks in the contest, Conner is the one definitive place where Arizona has the edge. Look for him to pick up on his TD frenzy from a year ago with at least one trip to the end zone in this one and a top 10 RB effort for the week.

WR: Michael Pittman (IND) at HOU: Pittman is one of my favorite breakout candidates of the year at the wideout position. He has played the Texans four times in his short career and has yet to find the end zone in one of those matchups that changes here in his first game with new quarterback Matt Ryan, who loves dialing in on his top wideout.

TE: Dalton Schultz (DAL) vs. TB: He caught five or more balls in 11-of-18 games last season, including grabbing six balls for 45 yards vs. the Bucs, who allowed the sixth-most catches per game to tight ends last season.

QB: Tua Tagovailoa (MIA) vs. NE: Miami has filled up the offense with playmakers, making their young quarterback an interesting sleeper in some fantasy circles. However, a Week1 matchup vs. the Patriots isn’t a great way to get things started. With an entire offseason to prepare expect Bill Belichick to have some tricks up his sleeve. Tua might play well enough for Miami to win this game (I’m picking them to do so), but the final stat line won’t likely be good enough to help fantasy managers with their contest.

RB: Cordarrelle Patterson (ATL) at NO: I’m not as down on Patterson as most were this drafting season, especially the deeper he fell in drafts. That said, I am big on the Saints’ D as one of the top units in the league. Arthur Smith is creative on how to get Patterson involved,but I’m not expecting much from the Atlanta offense here and therefore cannot endorse last year’s waiver wire darling as a Week 1 flex option.

WR: Amari Cooper (CLE) at CAR: Cooper isn’t a sexy option in fantasy with Jacoby Brissett at quarterback, but the target share in the Browns’ passing attack will favor him. That’s why he didn’t fall out of my top 30 in preseason ranks at the position. However, this is likely to be one of the lowest scoring affairs of Week 1 and Carolina was pretty stingy vs. receivers last year as they allowed the sixth fewest fantasy points to the position. Cooper’s a shaky flex play at best this week, with a much lower floor than others in that range.

TE: Noah Fant (SEA) vs. DEN: While everyone is focused on the Russell Wilson revenge-game narrative, Fant is also facing off versus his former team on Monday night. However, with Geno Smith under center and Fant’s role in the passing game unclear there are many other options at tight end to consider this week that I would endorse over Fant.

QB: Jameis Winston (NO) at ATL: Winston may not have as big of a Week 1 effort as we saw last year when he threw for five TD’s vs. the Packers, but big things still lie ahead as the Saints open up in Atlanta against the lowly Falcons. In his seven career starts vs. Atlanta (all w/the Bucs), Winston is averaging over 30 fantasy points per game.

RB: Raheem Mostert (MIA) vs. NE: Chase Edmonds should be locked in most lineups for Week 1, but Mostert also offers some flex appeal. Mike McDaniel knows what Mostert is capable of when healthy and it’s not too far-fetched to think he could lead Miami in carries. Look for him to have some surprising volume in this one.

WR: Devonta Smith (PHI) at DET: The arrival of AJ Brown to town is going to take away the defense’s attention to Smith that he saw as a rookie. That, coupled with Jalen Hurts taking a step forward in Year 2, has me optimistic about the season ahead for the former Heisman Trophy winner. That step ahead starts this week in Detroit.

TE: Cole Kmet (CHI) vs. SF: With me expecting the Bears to be playing from behind, I expect Kmet, one of my favorite sleepers at tight end for the season, to get a shot at plenty of targets as Chicago tries to keep pace. It will help matters that the 49ers will be without safety Jimmy Ward (hamstring) in this one. 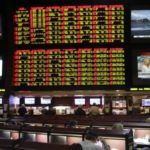 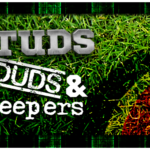 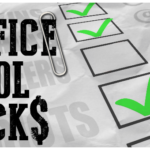