Week 3 of the NFL season is here and there have been plenty of surprises. From Tampa Bay’s hot start, to the drama in Pittsburgh. Here are the players you should start and the ones you should sit this week.

QUARTERBACKS
Stud: Kirk Cousins – Cousins is coming off of a four touchdown effort against the Packers. Fantasy owners should get more of the same production this week. Cousins faces a Buffalo defense that has allowed 78 points in the first two weeks, which is tied for the most in the NFL. Cousins is a top-five quarterback in Week 3.

Dud: Carson Wentz – Wentz makes his return this week, but that doesn’t mean he should be in your starting lineup. The Colts’ defense has been passable through two weeks. The Eagles will be without Alshon Jeffery and will likely lean on their rushing attack at home. Wentz will be a QB1 this season, but it’s hard to expect much from him in his first game back from a torn ACL. Avoid him in daily games and try to find a better option in your season-long leagues.

Sleeper: Blake Bortles – Bortles has scored at least 22 fantasy points in six of his last eight outings. He’s also fared well against the Titans. He’s averaging 273 yards passing and has 11 touchdowns in his last five games against them.

RUNNING BACKS
Stud: Christian McCaffrey – McCaffrey had 14 receptions last week. I wouldn’t be surprised to see more of that against the Bengals. They’re without linebacker Vontaze Burfict and veteran linebacker Preston Brown is dealing with an ankle injury. Cam Newton will have to rely on McCaffrey in the passing game, especially with Greg Olsen injured. McCaffrey is a top-five fantasy running back in PPR leagues.

Dud: David Johnson – The Bears’ defense is shaping up to be one of the best in the NFL. Johnson has struggled through two weeks and that will likely continue in Week 3. He’s averaging less than 60 yards rushing per game. The Bears have allowed the fewest fantasy points to opposing running backs so far this season. Johnson should be avoided in daily leagues and is more of a RB2.

Sleeper: Theo Riddick – The Lions will have to score a lot this week to keep up with Tom Brady and the New England Patriots. No one has emerged as the lead dog in that Detroit backfield and Riddick could be the man this week, especially if the Patriots get out to an early lead. Riddick has 19 targets through two weeks and is a sneaky RB2 in PPR leagues.

WIDE RECEIVER
Stud: Antonio Brown – Brown isn’t off to the start that most expected, but that will change this week in Tampa Bay. I expect him to have a huge week against a defense that has given up the second-most receiving yards in the NFL through two weeks.

Dud: A.J. Green – Green is coming off of a three touchdown game. Fantasy owners should temper their expectations this week. The Panthers have given up the seventh-fewest receiving yards per game. The Bengals are already without Joe Mixon, so that should give them the freedom to focus on stopping Green. You can’t sit Green in most season-long leagues, but I’m avoiding him in daily games.

Sleeper: Cole Beasley – Beasley is going to have a roller coaster season, but I expect him to have success this week against a bad Seattle defense. The Seahawks are allowing the eighth-most fantasy points to opposing wide receivers. There will be plenty of weeks where Beasley isn’t involved in Dallas’ offense, but he has a chance to surprise people in Week 3. He’s a WR3 with upside against the Seahawks.

TIGHT END
Stud: Jordan Reed – Reed has yet to have a breakout game, but Alex Smith is going to have to rely on him to get the Redskins’ offense going. He has 10 receptions through two weeks. The Packers have been average against opposing tight ends so far, allowing the 17th most fantasy points to them this season. Reed is a TE1 for Week 3.

Dud: Jack Doyle – Doyle was a PPR stud at times last season, but he only has nine receptions through two weeks. He’s also splitting reps with Eric Ebron. Doyle could break out at some point this year, but it’s hard to count on him this week.

Sleeper: Trey Burton – Burton scored a touchdown last week, but only has five receptions through two weeks. The Cardinals have struggled guarding tight ends this season and this could be the week where Burton gets going. He’s a low-end TE1.

DEFENSE/SPECIAL TEAMS
Stud: Minnesota – The Vikings face one of the worst offenses in the league this week. Buffalo has scored 23 points in two weeks and they’re next to last in total yards. Minnesota has seven sacks in two weeks and should be a top fantasy defense for Week 3.

Dud: Houston – The Texans look like a great play this week, but the Giants have to turn things around on offense at some point. The game is in New York. Houston’s defense is good, but this could turn into a shootout. I’m avoiding them in daily leagues.

Sleeper: Carolina – The Panthers’ defense was gashed on the ground last week. The Bengals have done a good job of not turning the ball over, but they’re starting a backup center and a backup running back, which may lead to issues on offense. Carolina has won six-straight home games. Their defense could be sneaky good this week. 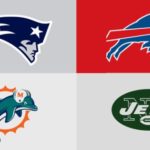