The NFL season is two weeks old, which means a couple of things are coming true once again this season. The Dallas Cowboys are the most confounding team in the NFL and you already hate your fantasy football team.

The Cowboys win when they should lose and lose when all signs point to victory. And Dallas quarterback Dak Prescott is like that episode of The Office when they debated whether or not Hilary Swank was hot.

Is Dak a superstar, or is he a fraud?

You’re still not sure.

On the other hand, you can say with absolute assuredness that your fantasy team couldn’t beat the Cowboys on their best day. That receiver you were certain was due for a breakout season? He’s out with a broken clavicle. Your running backs have fumbled more than they’ve found the end zone and your QB is leading the league in pick sixes.

You may not be able to decipher which NFL squad will be the last undefeated team standing but you know beyond a shadow of a doubt that yours will be the last winless team in your fantasy league.

In retrospect, enacting the autopick selection might’ve garnered you a better team on draft day. If only you could start over.

Well, the truth is you can – next season. And when you do, why not change things up a bit? Try some of these rule changes to put a twist into your fantasy football draft.

Give Kickers The Boot

It wasn’t all that long ago when ex-NFL coach Brian Billick uttered the phrase that left all NFL coaches quietly nodding. “Kickers aren’t football players,” Billick said during an NFL Network broadcast.

If that’s the case, then what the heck are they doing on your fantasy football team?

No one has ever won or lost a fantasy football league because their kicker either let them down or elevated the squad to glory. They all tend to contribute to the cause in relatively the same manner, give or take a point or two. 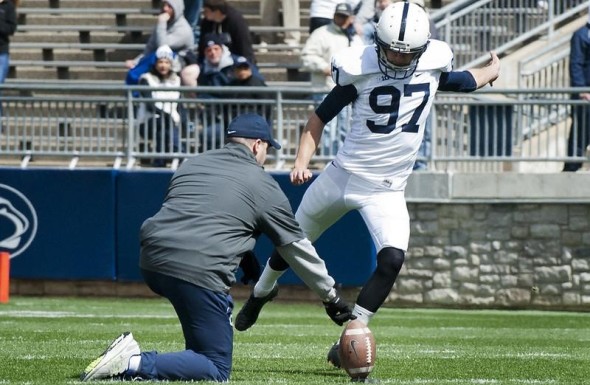 Here’s an ideal spot where you could have a lot more fun than by drafting a kicker. Have every team select a head coach.

This is another possibility to replace the boring kicker slot. Imagine if every team was required to start a rookie each week.

This could really disrupt draft strategy. How early should you roll the dice to ensure you get a quality rookie who’s going to play a lot? If you wait to pick one until it’s too late, it could leave a gaping hole in your lineup each week.

Another dull aspect of the fantasy football draft is the selection of a team defense. Does anyone really spend a lot of energy deciphering which defense they’re going to draft? Of course you don’t. As with your kicker, you’ll wait until the end of the draft and grab a defensive unit.

Now, if you were required to select an individual defender to your team, that amps things up considerably. Give points for tackles, sacks, interceptions, fumble recoveries, forced fumbles and pass deflections, with bonus points for pick sixes and other defensive touchdowns.

Do you opt for a tackling machine like Indianapolis Colts linebacker Darius Leonard, or look more at a playmaker such as J.J. Watt of the Houston Texans? Again, draft strategy becomes a vital component.

In television shows, when they want to generate interest, they introduce a baby to the set. In sports, when seeking to do the same, they restructure how the playoffs work.

You can do likewise with your fantasy football league. There’s nothing worse than being the best, most productive team throughout the regular season and then seeing it all come apart with one off day in the postseason.

True, an argument can be made about that being how it works in real football. The playoffs are one and done. But we’ve got news for you – the reason why they call it fantasy football is because it isn’t real.

Why not go with a format similar to the NASCAR playoffs? Start with eight teams. The top-four scoring teams move on to the next round, and then the top-two scoring squads square off for the title.

This way, there’s still the chance that a team might survive a bit of an off week in Round 1.

“Dallas Cowboys Huddle” by Seatacular is licensed under CC BY-NC-SA 2.0