We’ve reached the Conference Championship round of the NFL Playoffs and there are four teams left standing. After a low-scoring first week of action the scoring picked up last weekend. Expect that trend to continue this time around.

Sunday kicks off with the Saints hosting the Rams followed by the Patriots at the Chiefs.

Here’s a look at my fantasy rankings for this weekend’s action: 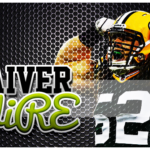