Using the term sleeper in today’s age of endless fantasy football information is something that is really hard to justify. Is there really such a thing as a sleeper anymore? Perhaps not, but there are definitely some players that look like they could be great values.

Here’s a list of fantasy options for the 2021 fantasy season that are currently going outside of the top 150 overall ADP that should prove to be great assets for your fantasy teams.

He’s been rising since being pegged as the Week 1 starter and rightfully so. If Winston can keep the turnovers down and not lose too much time near the goal line to Taysom Hill he could prove to be a sneaky weekly starting option in fantasy.

After averaging 301 yards per game and throwing for 20 touchdowns over his final eight games a year ago, Cousins reminded us how viable of an option he can be. Assuming the Vikings’ defense still struggles a bit there should be plenty of big games ahead.

With Tarik Cohen starting the season sidelined with injury, the former Chief will get a chance to backup David Montgomery out of the gate. His familiarity with Matt Nagy’s system doesn’t hurt. He’s not a bad option to build RB depth in the late rounds.

After JK Dobbins went down many assumed that Justice Hill would emerge as the backup to Gus Edwards in the Ravens’ backfield, but Williams has turned heads all summer long and soared past Hill on the depth chart.

Many people expected Ertz to be dealt this offseason, but he’ll start the season still wearing an Eagles’ uniform. While Dallas Goedert is still the preferred option, Ertz is going several rounds later and offers a much better return on investment.

The big-bodied wideout got a boost in his value when the Chargers cut Tyron Johnson. The rookie should definitely have a chance at weekly snaps out of the gate in a fairly high-powered passing attack playing behind Keenan Allen and Mike Williams.

Kirk has become a forgotten man by fantasy owners after the Cardinals added AJ Green and drafted Rondale Moore in the offseason. He’s far from a given, but there are few receivers ranked 80th or beyond in ADP with a higher ceiling.

While Michael Carter has been a hot name over the past month, the fact remains the Jets’ backfield will be a full-fledged running back-by-committee to start the season. Johnson is going several rounds later than Carter and behind teammate Tevin Coleman in most drafts, but should be much closer to both of them in early-season touches.

Gainwell is getting as much buzz as he should be compared to other rookie running backs. He should have an immediate role in the Eagles’ passing attack after catching 51 balls in his final season. He’s a bit small, but he could emerge as the main backup to Miles Sanders.

A fresh start is just what the doctor ordered for Darnold and after a solid preseason there’s reason for optimism in Carolina. The Panthers are loaded with talent at the skill positions and with “whiz kid” Joe Brady calling the plays, Darnold could surprise.

Dallas is loaded with talent at wide receiver, but Jarwin could surprise at tight end. He’s worth a late-round stab after flashing a bit before injury a year ago. He’ll need to separate himself from Dalton Schultz to have a chance to crack the top 20 at the position.

While Myles Gaskin is set to be the starting running back in Miami, Brown has a strong chance to develop a role as a change-of-pace option and be the team’s short-yardage back. His TD upside makes him worth a swing as a RB5 late in drafts.

With Sammy Watkins no longer in the picture someone is going to have to emerge as the WR2 in Kansas City. Mecole Hardman is the favorite, but if he flops Robinson could suddenly become a very sneaky play at wideout in the right matchups. 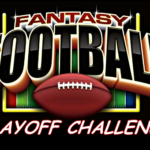